Is the air we breathe important for our health?

A study published in the Lancet Planetary Health offers important data on the health effects of air pollution.

The estimated mortality burden attributable to air pollution has been determined for the first time in more than 1,000 European cities.

The Health and Environment Committee of the European Respiratory Society (ERS) wishes to highlight the importance of this study.

Previous efforts to estimate the burden attributable to air pollution have typically focused on entire countries.

This does not truly acknowledge the great differences that can exist in different regions and cities within the same country.

What do the statistics say?

The study shows great variability in the burden attributable to air pollution for different cities.

The highest mortality rates attributable to nitrogen dioxide (NO2).

It is a toxic gas mainly associated with motor vehicle traffic.

This was found in the big cities of countries such as Spain, Belgium, Italy and France, with the highest percentage (7%) of natural mortality attributable to NO2 found in Madrid, Spain.

It is important to note that the study does not include cities in the Western Balkan countries, which have some of the highest levels of air pollution in Europe.

What are the results?

The results show that each year 51,000 premature deaths related to PM2.5 and 900 to NO2 could be prevented, respectively, if all the cities analyzed reached the recommended levels of PM2.5 and NO2. 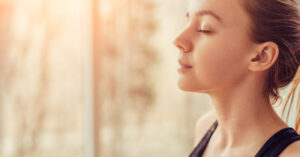 The health effects of air pollution

In response to the study, Professor Zorana Andersen, chair of the ERS Health and Environment Committee, said:

“This study supports the evidence showing that there is no safe exposure threshold below which air pollution is not harmful to human health.

It also shows that current European legislation does not sufficiently protect people’s health and that the maximum levels of NO2 and PM2.5 allowed by law should be reviewed.

We hope that the European Commission will present the most ambitious possible proposals for the revision of the EU Ambient Air Quality Directives, which will be based on the latest cutting-edge science on the health effects of air pollution.

An action plan is urgent

This study provides, for the first time, detailed data for more than 1,000 cities in Europe.

Thanks to this data, efforts by local authorities to implement urban and transport planning policies aimed at reducing air pollution and improving people’s health can be boosted.

Huge health benefits would be realized if cities intensify their efforts to tackle air pollution.

The health effects of air pollutionProposal to improve air quality